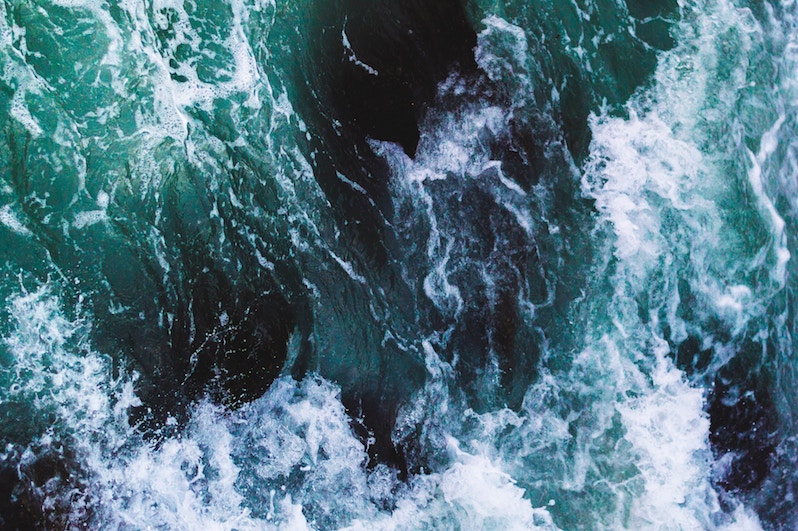 There are times in our faith journey where Jesus calls us to step out of the boat.

We all know the story of Peter—the bold one—saying, “Lord, give me the word and I’ll come.” And we know the outcome of the step of faith that resulted. Peter followed Jesus’ footsteps and actually walked on the water. Walked on water. The story is pretty incredible.

But as exciting as the prospect of walking on water is, there are other times when we desperately want out of the boat, but faith calls us to stay exactly where we are.

In Mark chapter 6 we see another incredible story. The disciples are sent out to sea by Jesus while he retreats to a mountain to pray, and suddenly a storm swoops in causing them to struggle with their oars and begin to grow frightened. No doubt these guys wanted out of the boat. (Wouldn’t you?) I wonder what their prayers might have been at that time? I think it’s safe to say that they would have been praying for the storm to subside.

And yet what happened? The storm raged on. And out of the crashing waves and chaos of wind Jesus came walking across the water, emerging from the darkest part of the night. When they saw him the disciples screamed like lunatics, afraid they saw a ghost.

(Please imagine with me how terrifying this whole scenario is. Jesus wasn’t peacefully gliding across a serene lake; he was walking on water in the midst of the open sea with a storm raging around him. It’s pitch black. And loud. And it all feels very out of control. The entire situation is a little crazy.)

But then through the storm Jesus spoke to them: “Courage! It’s me. Don’t be afraid.”

And then he stepped right in to their boat.

When I find myself in the midst of a storm my knee-jerk reaction is to call out to God to stop the storm. Change my circumstances. Remove me from the place of difficulty. Shield me from getting hurt.

But when I read this story I realize that sometimes faith doesn’t look like stepping out of the boat. Sometimes faith looks like staying in the boat and inviting Jesus in.

(Sometimes we ask to be rescued, but we really should be extending an invitation.)

These guys didn’t know the storm would subside when they invited Jesus into the boat, but they invited him in anyway. In fact earlier that same day they had seen Jesus do one of his most miraculous feats—he fed a crowd of multiple thousands with five loaves of bread and two fish, and somehow managed to end up with twelve baskets of leftovers.

You’d think after witnessing that kind of a miracle they would be so filled with faith that they’d be able to pray that storm into settling itself.

But in this situation God didn’t answer their prayers. At least not the way they most likely expected.

Instead he let the storm rage on but showed them what that little boat looks like with Jesus on the inside.

Next time you are in a storm it’s worth asking the question: What does faith look like for me right now? Because sometimes faith looks like stepping out of the boat to walk on water just as Peter did… but sometimes it looks like staying right in the middle of that tiny boat wrapped up in a raging storm and inviting Jesus to step in.

Friends, are you in a storm right now? We would love to pray for you. Please share as much or as little in the comments as you feel comfortable and we will pray that God gives you the discernment to know when to step out… and when to invite him in.

Adriel Booker is a writer, speaker, and mentor with a passion to help people connect with Jesus, find their place in the world, and usher in the Kingdom. Adriel and her husband co-lead YWAM Sydney Newtown and—together with their three children—they enjoy cultivating community in their beautiful city by the sea. She also leads the Love A Mama Collective, serving women in the developing world through maternal health initiatives. Adriel's latest book is Grace Like Scarlett and she can be found writing regularly at www.adrielbooker.com.

About For the Love

FOR THE LOVE is a collection of stories and articles by the team at YWAM Sydney Newtown and our extended network of writers. We’re all about inspiring one another to pull heaven down around us and hope that through our writing and work you’ll see that there’s room at the table to bring your stories, skills, passions, hearts, needs, and dreams to Jesus to be a part of his great, redemptive plan for the earth.

What we write about

Although we are unapologetic about being a missions community, we understand that the word “missions” sometimes brings with it unwanted negative connotations. We hope to help change that as we dive in to a wide range of topics about life, Jesus, and putting our faith into action.

All articles on FOR THE LOVE belong to the individual author and have been posted by YWAM Sydney Newtown with permission. Feel free to quote sections of our articles or link to them on social media, but please don't copy and paste entire articles without express written permission.